What is a bloated stomach?

A bloated stomach is when the tummy is stretched and puffy, leaving a person feeling uncomfortable. The most common cause of a bloated stomach is gas and air, as gas builds up in the digestive tract when undigested food gets broken down, or from swallowing too much air when eating too fast. For some people, it can be from overindulging but for others, there could be an underlying medical reason such as a food intolerance or irritable bowel syndrome. 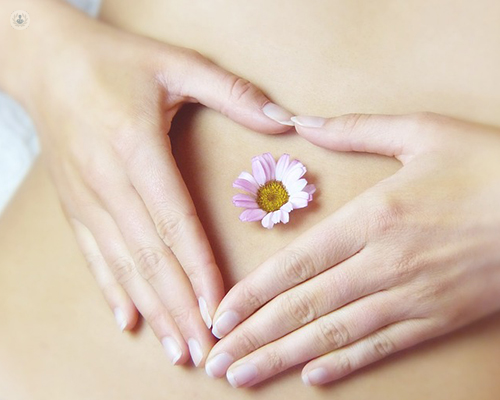 What are the symptoms of a bloated stomach?

As a bloated stomach is only temporary, it is different from gaining fat mass around the stomach. It is built-up gas in the digestive system that makes the stomach uncomfortable and extends outward. Some people have described it as looking ‘pregnant’. There may be a pain in the abdomen, which should be checked if there are other symptoms occurring in the body.

Other symptoms to check for include:

What causes a bloated stomach?

A bloated stomach is mostly caused by air becoming stuck around the abdomen and is normally a problem to do with digestion. There are lots of different underlying reasons that could cause a swollen abdomen, including allergies, hormonal imbalances, thyroid dysfunction and in rare cases, cancer. The possible causes include:

How is a bloated stomach treated?

If lifestyle changes, particularly with the diet, don’t help in relieving or improving a bloated stomach, then the doctor may find a medical cause. The doctor may recommend medical treatment, which depends on the condition and the reason behind the abdominal pain.

Any cookies that may not be particularly necessary for the website to function and is used specifically to collect user personal data via analytics, ads, other embedded contents are termed as non-necessary cookies. It is mandatory to procure user consent prior to running these cookies on your website.